Do retailers need a C-suite position to manage reverse logistics?

Returns may be primed for change.

Returns have always played a part in retail operations, as companies strive to make them painless in the name of customer service. The pandemic has sped everything up, though, including e-commerce, which heavily contributed to the rate of returns last year. The National Retail Federation said consumers returned an estimated $428 billion in merchandise in 2020. That means for every $1 billion in sales, the average retailer is incurring $106 million in merchandise returns.

Up until now, retail’s response to this topic has been to make returns as easy as possible for shoppers. While many companies see it as a part of doing business or simply decide to take the financial hit that returns create, expectations around returns may not be sustainable for the environment or as a long-term business model.

At the same time, consumers have a growing awareness around issues of sustainability and the pandemic has played into that awakening. According to a survey by AlixPartners, 71% of American consumers are now more concerned for the environment, and 28% say it is impacting their buying decisions.

All of this means that both retailers and customers are at a crossroads when it comes to returns. While shoppers are beginning to pay more attention to issues of sustainability, they haven’t fully made the connection to how returns play a larger role in those efforts. And, while retailers can see returns are impacting their businesses, they aren’t currently making decisions to account for them financially.

What customers don’t understand about returns

The biggest misunderstanding consumers have when it comes to returns is that, in most cases, their product doesn’t end up back on a shelf.

“Consumers have this perspective that, I don’t want this or it’s not quite right and I send it back and it’s going to go back on the shelf for someone else to buy,” said Joel Rampoldt, a managing director in the retail practice at AlixPartners. “That actually happens very, very rarely.”

What really ends up happening to those goods? In some cases items can be restocked and resold, but returned products are likely to be liquidated, destroyed or sent to a landfill.

Tony Sciarrotta, executive director of the Reverse Logistics Association, said he’s learned that consumers will often not provide a retailer the real reason for an in-store return and instead tell it “the first thing that they think” will be approved.

With around five billion pounds of returned goods ending up in landfills annually, returns also take a toll on the environment in ways that consumers may not completely have thought through, including carbon emissions, packaging and plastic waste, according to a recent Coresight Research report. For example, an estimated 16 million metric tons of carbon dioxide were emitted from the transportation of returns last year.

What retailers don’t understand about returns

Free, no-hassle returns have become part of the shopping experience that customers have come to expect. But, is it the best thing for the retailer, the customer and, ultimately, the environment?

Perhaps not. “No one wants to be the first to say, ‘Actually, we are going to impede you,'” Rampoldt said. “So retailers are sort of stuck. Do we try to educate consumers and tell them, ‘Well, a lot of the stuff that you return actually ends up in a landfill? Well, that makes us look like idiots.'”

“No one wants to be the first to say ‘actually, we are going to impede you.’ So retailers are sort of stuck.”

Joel Rampoldt, Managing Director in the retail practice at AlixPartners

No-question returns have become an expectation, and, if the process is frictionless for a customer, a potential point of differentiation in a saturated market.

Furthermore, the recent trend of allowing a consumer to keep a product rather than return it because it’s ultimately cheaper for the company can be a dangerous practice. “It’s not a sustainable business model,” Sciarrotta said. “You’re saying that your brand doesn’t matter, because that could wind up in a junk pile with your name on it, it could wind up in the flea market, it could wind up on Craigslist with somebody bad mouthing it and saying, ‘I just want to sell it for 10% of what I paid for it.’ You’re giving up your brand.”

Yet, consumers are increasingly interested in how their shopping habits are contributing to sustainability. In a study by Kearney in April 2020, nearly half of consumers said the pandemic made them more concerned about the environment, and 11% said they shifted their purchases based on environmental claims. Additionally, around 78% of consumers said companies could be doing more to help them make decisions that improve environmental outcomes. Gen Z in particular is very clued into buying from brands that are sourced responsibly, environmentally friendly and support social justice causes.

Those customers who are already concerned about environmental issues are primed to change their behavior. Therefore, it may be the retailers that have a foundation in sustainable practices that can turn the tide to make consumers pause and ask if a return is truly necessary.

“You could fix the margin hit from returns tomorrow, no problem. You just don’t make them free, and you don’t make them easy,” Rampoldt said. That decision, of course, could create another problem of customers backing away from a company because they are deviating from an industry standard and expectation. “So that’s the trade-off that we’re dealing with here. And right now everyone is looking at everyone else saying, ‘What are we going to do about this?'”

While returns are problematic for all shopping categories, apparel returns stand out as being an extreme point of friction. According to Coresight Research survey findings, at 46.5%, clothing was the most returned category for respondents over the past year. That’s nearly double the next highest product category of returns, electronics, which came in at 25.9%. The high rate of apparel returns may be, in part, intensified by first-time online apparel shoppers due to the pandemic.

Yet, the common practice of bracketing, where shoppers buy multiple sizes, colors or styles of an item, knowing they will return some of what was purchased, pre-dates the pandemic.

What can be highly problematic for a retailer is the timing of when a return happens. “With goods that are basic style — so polo shirts, T-shirts, anything that’s basic, standard stock item that sells year-round — the timing of the return may not have a significant impact. However, for fashion-related items, this is where it gets tricky,” she said. “If returns come back to the retailer after the fashion has passed, those products will either go straight to markdowns or … they will end up either at an off-price retailer or unfortunately in a landfill.”

Deborah Weinswig, CEO and founder of Coresight Research, also brought up the timing of returns in a conversation about the company’s survey findings. If a consumer buys something and it doesn’t fit correctly, for example, it can just sit at their house, waiting to go back to a retailer.

“The merchandise is getting stale,” she said. Furthermore, there isn’t a connection being made between the timing of returns and how it can impact the environment. “It’s not this kind of, ‘Oh my gosh, I need to get it back to the retailer so they can sell it so I can reduce my carbon footprint.'”

While timely returns can help out both the environment and a retailer’s bottom line, the bigger solution is to give consumers what they want in the first place. Technology is playing an increased role in aiding shoppers to select the correct apparel item online. Zeroing in on fit can be helped by virtual sizing apps or tech that has been embedded in a retailer’s website, which can lead consumers to a correct size based on their specific measurements.

In addition to technology, adding correct signage both in stores and online can assist shoppers to purchase the correct product. “The size that you put on a garment, that you pretend it will be a medium when it’s not, or size six or eight when it’s really a four — those are retailer and manufacturer responsibilities,” Sciarrotta said. If those elements aren’t clear, “it’s an invitation to returns,” he said.

It also means that merchandise will be off the floor (or out of the distribution center) for the length of time a customer has possession of products trying to make a decision on what to keep. If a shopper buys three products and returns two, it means that the retailer just took three products out of stock that are now unable to be purchased by another consumer. “If those goods come back after the season, not only are you losing the sale of one item, you’re losing the sale of two items that might go directly to the landfill and never even see an off-price retailer,” Kohan said.

As consumer environmental awareness increases, and as retailers take the financial hit of increasing return rates, there are some ways to rethink the returns process while still providing superb customer service.

To take control of returns, many experts argue that a position is needed in the C-suite to execute on a company’s vision to streamline operations and commit to environmental change. That person would be in charge of reverse logistics or returns management, but launching the role may be difficult because of its potential to have a negative connotation.

“The closest you might get is there might be a C-suite sustainability person that might actually give some thought to that once in awhile, but it’s not their primary focus,” Sciarrotta said. “Unfortunately, returns responsibility falls under, very often, supply chain where it doesn’t belong. Customer service — sometimes it belongs there.” But, Sciarrotta argues, the sales department lacks accountability after a product is out the door.

Others say that making the financial impact behind returns transparent may be a better approach. “What would help is just making the cost of reverse logistics very, very clear, so that it just doesn’t get absorbed into an overall margin number,” AlixPartners’ Rampoldt said.

A company understanding the financial impact of returns may also help increase a retailer’s bottom line. “What’s the tool that most retailers use? They look at comp sales … nobody looks at returns,” Michael Relich, interim CEO of PacSun Eddie Bauer, said in a recent webinar with Coresight Research. “And so everyone’s focused on, ‘OK, what were my sales yesterday?’ But nobody looks and says, ‘Well, what were my returns yesterday?’ And the big thing that drives that is that the data is siloed throughout the organization.”

Other retailers are tackling the problem through creative liquidation processes. This fall, eBay announced a partnership with Optoro to streamline the resale of returned inventory. Together, the companies allow retailers to sell returned and excess inventory to eBay sellers. Those sellers, in turn, can pull product information from the lots and create individual listings to sell through their eBay stores.

“[W]ith 185 million buyers, the odds are a seller will find the right person to purchase an item that may have previously been returned,” Ashish Chhabra, eBay’s vice president of selling, North America, said in emailed comments. That partnership and the company’s Certified Refurbished program are tools that “take aim at the challenge of excessive waste by extending the life cycle of both new and gently used products, thus diverting items from a landfill.”

But, one of the most important catalysts regarding returns may come from increased consumer awareness. Kohan sees “a major shift” coming out of the global health crisis, including a deeper understanding of the environmental impact of purchasing decisions.

“I anticipate over the next few years you’re going to see a massive shift into more environmentally purchasing and a reduction in the mass consumption of products,” she said. “We all had a major wake-up call that actually nature is in charge. And nature is calling all the shots.” 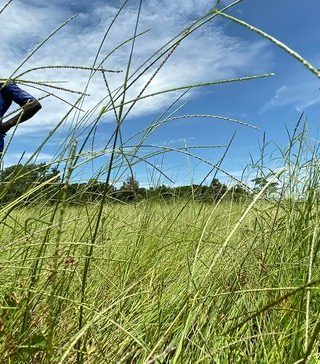 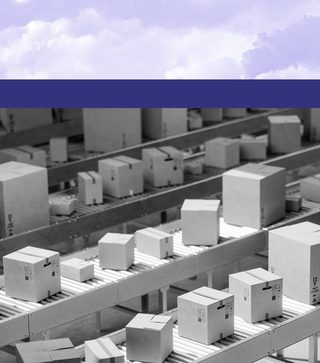 Retail supply chains and consumers are at a cro... 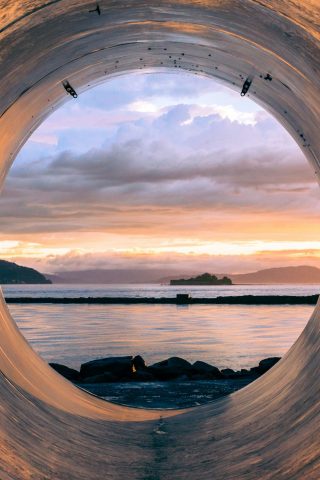 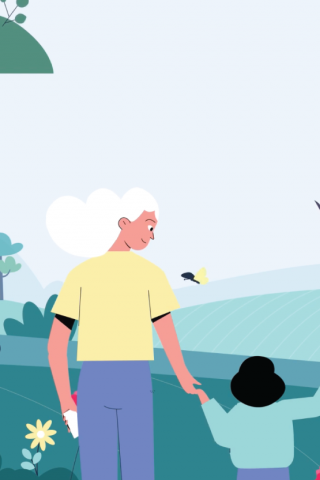