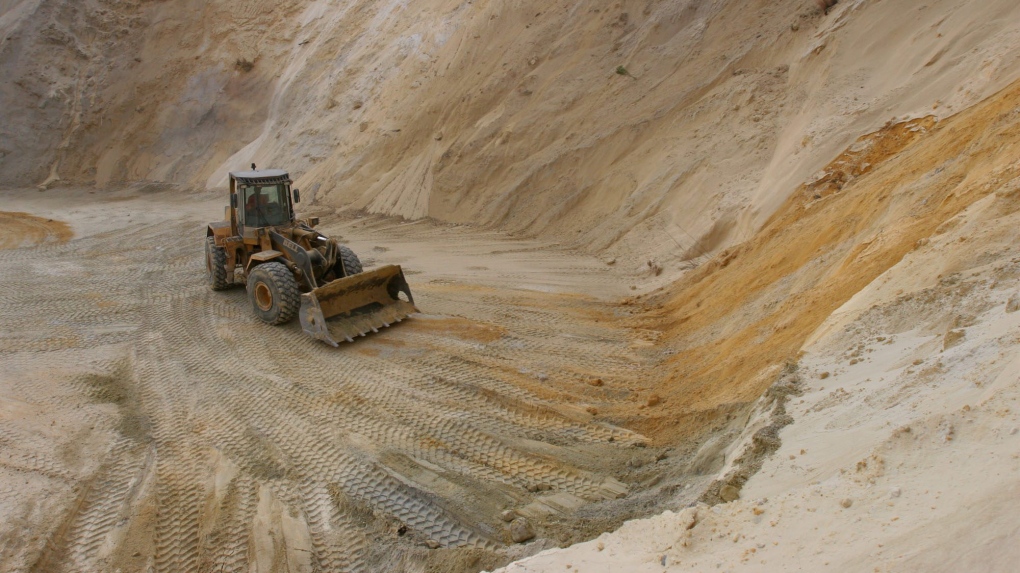 A front end loader removes Sand at the Menell’s Dump in the southeast of Johannesburg Thursday, March 22, 2007. (AP Photo/Denis Farrell)

When we talk about depleting natural resources, sand doesn’t seem to be high on most people’s minds. After all, it seems to be a natural resource in abundance worldwide, on deserts, seabeds and beaches.

But in fact, sand is the third-most exploited natural resource in the world after air and water, according to the United Nations Environment Programme (UNEP), and experts say the management of sand resources could be one of the greatest sustainability challenges of the 21st century.

From roads and houses to electronics and glass vials in the coronavirus vaccines, the uses of sand are often unknown and underappreciated. While most important for construction, sand is also the key component in display screens, smartphones, toothpaste, cosmetics, solar panels, glass, and even electronic chips. According to a report by UNEP, the world extracts more than 40 billion tonnes of sand every year.

According to The Observatory of Economic Complexity (OEC), Canada accounted for 12.1 per cent of total imports (by volume) of sand natural, silica, and quartz sands, making it the largest importer of the natural resource, with US$231 million worth of sand in 2019. Ninety-eight per cent of the imported sand comes from the U.S., the largest exporter of sand.

According to Statistics Canada, Wisconsin is the leading U.S. state when it comes to exporting sand, gravel, clay, and ceramic and refractory minerals mining and quarrying to Canada, followed by Wyoming and Georgia.

But while Canada imports sand in large quantities, some of the largest consumers are countries of China, Singapore, and UAE. Currently, China and India lead in global infrastructure construction, with China increasing the use of concrete by 540 per cent in the last 20 years, and with the new Belt and Road initiative (BRI), the demand will rise in 70 countries. The BRI is a massive US$1 trillion project that was launched in 2014 with the aim to connect China to the rest of Asia, Africa, and Europe through a network of rail, road, and Europe.

So why are researchers raising alarm bells around sand consumption?

According to a working paper published in the online journal Science in 2017, sand and gravel are used for construction, land reclamation, and roadways, making it the most extracted group of materials far exceeding fossil fuels and biomass.

A review study by the researchers at McGill University and the University of Copenhagen on the sand industry recently highlighted grave concerns that could significantly impact the ecosystem.

Mette Bendixen, an assistant professor at McGill University and co-author of the review study,  said the findings showed that the sand industry was in direct conflict with more than half of the United Nation’s Sustainable Development Goals.

“We assessed each of the 169 targets under the 17 goals laid out by United Nation’s Sustainable Development Goals and found that sand was in conflict with the majority of these goals,” Bendixen told CTVNews.ca in a Zoom interview.

Demand for sand increasing but the most desired sand is unsustainable

While sand may seem to be readily available, not all types of sand can be used for construction, a leading use of sand.

Regions located close to deserts would seemingly have vast deposits of sand, but desert sand grains are too smooth and rounded to bind together for construction purposes. For example, the UAE imported US$456-million worth of sand, stone, and gravel in 2014 to build the 830-meter-tall Burj Khalifa, the tallest tower in the world, Dubai imported sand from Australia. The tower utilised 330,000 cubic metres of concrete and 103,000 square metres of glass, along with steel reinforcement and stainless steel.

Riverbed sand is preferred for construction materials, but this is where the greatest environmental and local human consequences of mining activities happen, according to the review study. Aggregate extraction of sand from rivers leads to pollution, flooding, lowering of water levels, undrinkable water, worsening drought occurrence, and threats to natural habitats.

Sand excavation primarily happens alongside the rivers of low-to middle-income countries and removal of these sand deposits can impact the ecosystem. A major contributor to climate change and regarded as a massive CO2 emitter by climate scientists, concrete is used to construct buildings, highways, bridges, roads, and more.

It is estimated that, globally, humans consume up to 50-billion tonnes of sand and gravel each year for construction, land reclamation, and roadways, making it the most extracted group of materials, far exceeding fossil fuels and biomass. The depletion of existing sand reserves is catastrophic to the ecosystem. A big reason is that sand is being mined faster than it is naturally replenished, according to World Economic Forum. It can take up to anywhere from 100 to 10,000 years for sand to make it to the beach.

For the preparation of concrete, for each tonne of cement, the construction industry needs about six to seven times more tonnes of sand and gravel. According to the U.K. think tank Chatham House, more than 4-billion tonnes of cement are produced and that process is the source of about 8 per cent of the world’s carbon dioxide (CO2) emissions.

Between 2011 and 2013, China used as much sand for concrete as the entire U.S. did over the last century. Because of a large appetite for building construction and a growing population, demand for sand is only increasing in countries. With the demand outpacing the supply, the sand trade has shifted drastically from regional to global trade with a forecasted growth of 5.5 per cent each year.

Sand mining is responsible for 85 per cent of the world’s mining extraction, and is yet cited as one of the least regulated in many regions.

According to Bendixen, in many places, the regulations around sand are close to non-existent. “Since it is a cheap commodity, people mine sand in their ‘backyards,’ where regulations are limited,” said  Bendixen, noting there are illegal activities in more than 70 countries but it is difficult to track all the numbers.

The environmental impact of sand mining is so severe that river beds are dropping by six feet and some rivers in India are losing sand at the rate of 40 per cent higher than the natural replenishment rate. While the country has banned sand mining in rivers, it has only led to more illegal sand mining.  The disappearance of 24 Indonesian sand islands was also caused by heavy sand exports to Singapore.

Sand mining has devastated the freshwater lake of Poyang Lake in China. Much of the concrete used to build China’s skyscrapers come from this lake. Over the past two decades, the lake has seen abnormally low levels of water for irrigation, and shrinking habitats for birds and fish. Singapore has created 50 square miles of land with 500 million tonnes of imported sand.

Another worry around this natural resource is the large inconsistency in the magnitude of the problem and public awareness and the solutions around it.

Researchers say the world, however, is slowly waking up to the problem around sand shortages.

Recycled glass, clay, and recycled concrete are a few alternatives to sand. But Bendixen said so far the solutions are not very viable. She added that in Africa, crushed stone can be used to make sand but to heat the stone, toxic air is released, impacting the health of the workers. Besides, much of this work is very labour-intensive and is mostly left to the women and children of the family.

Environmentalists across the globe have been calling on their governments to restrict sand mining.

Many nations have stepped up this awareness and tried to replace sand with more sustainable materials. Zurich, Switzerland is using 98 per cent recycled concrete for its building and is a step towards more sustainable construction. Amsterdam is committed to becoming a 100 per cent circular economy by 2050 and aims to halve its natural resource use by 2030, which includes minerals, metals, and fossil fuels.

But a big part of the discussion around sand has been the data, which is not only outdated but also missing.

“One of the really big challenges that we don’t know is how much sand is mined/extracted throughout the world. Scars from sand mining in rivers are just less easy to see and detect in satellite images than the ones on land,” she said.

Bendixen has been tracking sand for five years now and she said while there is an increasing awareness of it, a lot more needs to be done when it comes to research and analysts. 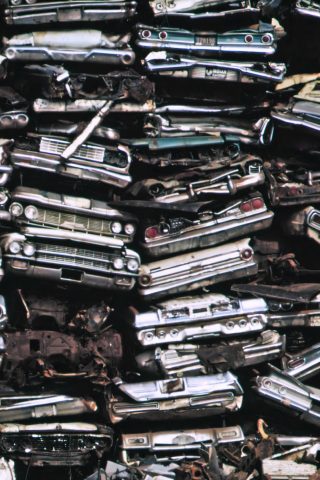 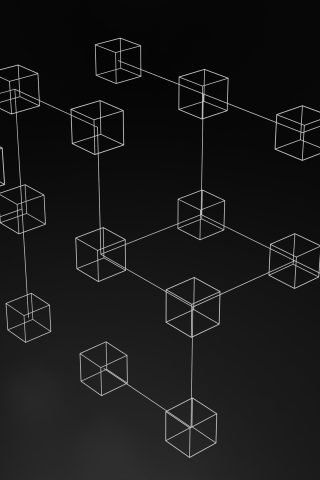 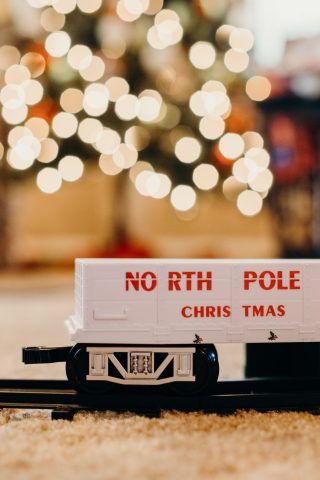 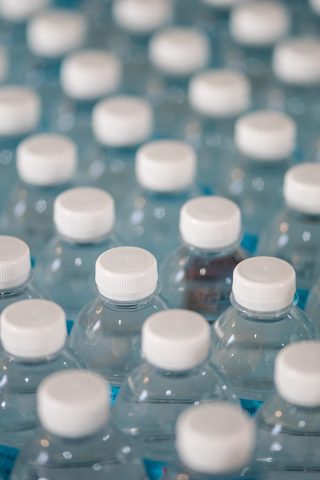