Ceres’ Kristen Lang (Senior Director, Company Network) recently interviewed Levi Strauss & Co.’s Sustainability Vice President Michael Kobori about the company’s ten-year relationship with Ceres, their history of engagement and their sustainable business strategy. Kobori highlighted some of the key moments for Levi’s and Ceres in the last decade, including decisions the company made to be a leading voice on tackling climate change, assessing the chemicals it uses and reducing both its water and carbon footprints as it aims to become a “Net Positive” company. 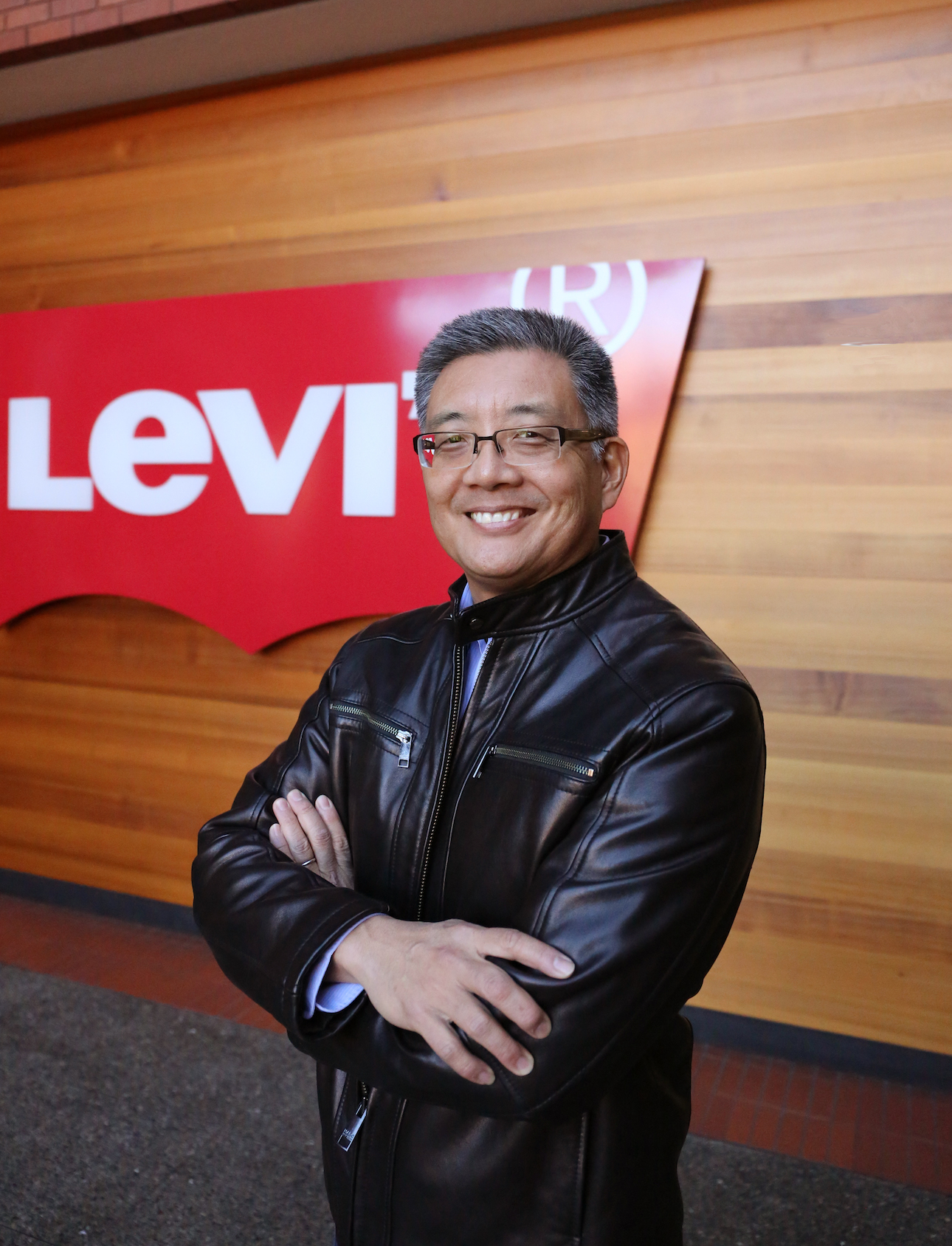 KL: When Levi Strauss & Co. first joined the Ceres Company Network in 2009, what was driving your company then to want to be a sustainable business leader? And why did you identify Ceres as a key partner?

MK: Back in 2009, we had just completed our first product Life Cycle Assessment (LCA), which showed us the full environmental footprint of a pair of Levi’s 501s–everything from growing cotton to production on the front end and consumer use and care on the back end. We recognized that our greatest impacts in terms of our material environmental, social and governance (ESG) issues of water, chemistry, carbon and people were in cotton agriculture and consumer use. So we set out to address those.

Working with Ceres made sense because the organization was both very credible with key stakeholders and a trusted advisor to the private sector. Ceres also had—and still has—a reputation of not just passively advising companies on their performance, but also of challenging them to do better.

KL: Looking back over the past decade, how has your partnership with Ceres shaped Levi Strauss & Co.’s sustainable business strategy? Is there a moment that stands out as a particularly important point of collaboration and impact between Levi Strauss and Ceres?

MK: We’ve always looked to Ceres for advice and to challenge us on what our vision of the future could be. We paid close attention to Ceres’ report “The 21st Century Corporation: The Ceres Roadmap for Sustainability,” for example.

One is our partnership in the Business for Innovative Climate and Energy Policy (BICEP) network.  Since we joined in 2009 as a founding member, BICEP has grown to include more than 50 companies, including other leading consumer brands and Fortune 500 companies.

When the current administration announced that the U.S. would withdraw from the Paris Climate Agreement, BICEP helped form the “We Are Still In” coalition, which now includes more than 3,600 investors, companies, mayors, governors, college presidents and other leaders still committed to achieving the Paris Agreement’s goals. Our work with BICEP also inspired us to establish industry-leading Science Based Targets for climate last year.

The other standout is the Ceres-led engagement on our Screened Chemistry program. Ceres brought together key stakeholders to discuss what was then a nascent idea to screen all the chemicals we used, identify which ones should be phased out and seek safer alternatives. This engagement was a real sea change for the apparel industry because it moved us from an approach guided by lists of prohibited chemicals toward a hazard-based approach in which we now seek  to use only chemicals proven to be safer.

We’ve since seen four major apparel companies adopt this approach, and the idea continues to gain steam. Working with Ceres at the outset helped us think beyond just our company, or even just the apparel sector, and recognize that this was a game-changer for all kinds of companies–and for the chemical industry, too.

KL: In the last ten years, what have been one or two defining moments for Levi Strauss & Co. that shifted the company’s perspective on what it means to be a sustainable business leader?

MK: One happened a few years ago, when we realized that we needed to shift from simply reducing our negative impacts to creating more positive impacts. The notion of having a “Net Positive” impact on the world truly began to animate and influence our plans and goals, even going beyond the notion of a circular economy.

The other moment came in March of this year, when we once again became a public company after nearly 35 years. Our CEO, Chip Bergh, has said that becoming public is not the end, but rather the beginning of a new journey for us. He said, “There is no question in my mind that our value and our values are inextricably linked, and I believe it is false to say we–or any company–must choose between business performance or responsible social conduct. The most successful companies do both. That’s how they drive growth, strengthen their brand and keep their people inspired and engaged.”

That’s a fantastic message to have emphasized from the top on one of the most important days in the company’s history. It helps us set the tone for the future in a very positive way.

KL: Looking ahead to the next five or ten years, what are the environmental or social issues that are most critical for your company? And how do you hope to work with Ceres to tackle those challenges and advance your sustainability journey?

MK: The four issues that have the greatest material impact on our company – and the entire apparel sector – are water, chemistry, carbon and people.

In addition to chemistry, the climate-water nexus will be a major concern for all companies, especially those with supply chains of any sort, as we struggle to address the accelerating impacts of climate change and extreme weather events.

The other dynamic that carries both great opportunities and great challenges is the growth of artificial intelligence and machine learning, which could make our forecasts more accurate and enable customers to order exactly what they want. That, in turn, would enable us to essentially make what we sell, rather than sell what we make, resulting in massive efficiencies and waste reduction. Technology will also have a significant impact on production, with attendant impacts on the unskilled labor jobs that the apparel sector currently provides, and relies on, in many developing countries.

We’ll look to Ceres as these issues develop to help guide our approach and strategy. Importantly, we’ll also look to Ceres to help us address and realize the opportunity that our CEO described by demonstrating that financial success and sustainability are inextricably linked, and that sustainability is integral to how businesses should operate in the 21st Century.

This blog is one in a series celebrating Ceres’ 30th anniversary and showcasing how our Investor Network, Company Network and Policy Network members work to help Get US There: to a just and sustainable global economy.

Levi Strauss and Company’s Senior Vice President and Chief Communications Officer Kelly McGinnis  will be speaking at the closing plenary session of the 2019 Ceres Conference on Wednesday May 1 on “Brand Power: The Role of Corporate America in Advancing Social Issues.”