The only limit for spent grain is our imagination,’ brewer says

At a microbrewery in Montreal’s Plateau neighbourhood, Basile Thisse holds a heavy bin of wet grain — a mix of barley and wheat malt, left over after beer is brewed.

Thisse is part of a co-op called Boomerang that takes brewers’ spent grain, dries it and mills it into flour.

“The goal is to transform as much residue as possible into actual food for people,” said Thisse.

The spent grain from this Belle Gueule location, used to produce new kinds of beers on a smaller scale than its main brewery, represents only a fraction of the company’s overall production.

In all, Les Brasseurs RJ produces 30 tonnes of spent grain each week at its main Montreal plant, where it makes its popular pilsner, blonde, amber and other beers under the Belle Gueule brand.

Michel Godin, the site’s general manager, said most of it goes to farmers for animal feed, but he sees potential in turning it into something more.

“The only limit for spent grain is our imagination,” said Godin.

Boomerang started as a business school project by two of the co-op’s four co-founders, who wanted to find ways to reduce food waste.

Health Canada estimates about half of the country’s food supply is wasted each year.

Reducing food waste is part of the federal government’s first-ever food policy, announced in 2019. The government recently launched a food waste reduction challenge, offering up grants for innovative projects that aim to achieve that.

Daiva Nielsen, an assistant professor at McGill University’s School of Nutrition, said there has been an increase in new products “being recycled for purposes they weren’t originally intended for.”

“It’s really exciting to see that creativity and innovation coming through to solve a problem that is actually pretty big in our country.” 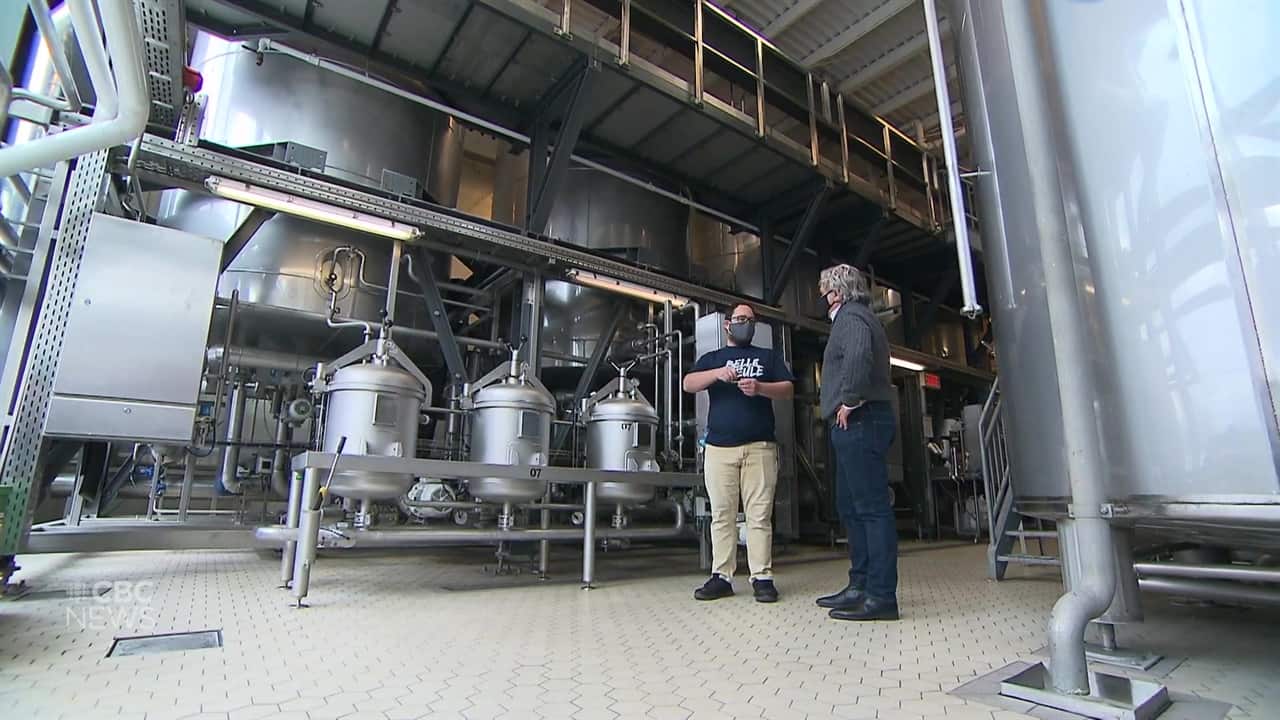 How spent grain is transformed into bread

The goal is to reduce food waste, by salvaging what would normally be thrown out. 2:00

Though Boomerang’s project is small-scale — involving one brewery and one bakery — some see it as an example of what could be done on a larger scale through what’s called the circular economy.

“The movement to the circular economy is rooted in solving environmental challenges but it’s also economic in nature,” said Alice Irene Whittaker with the Circular Economy Leadership Coalition.

“How do we retain value and find new value in what was previously waste?”

Whittaker said the idea is to “design waste out of the system as a whole” by reusing products and resources as much as possible, mimicking nature’s cycles. She said to implement this on a wider scale in Canada would take new policies and systemic changes across several industries.

“If individual companies or players or people are making an effort and going circular it is helpful, but it really needs to be that concerted effort,” she said.

Thisse sees his pilot project with Boomerang as a starting point, and hopes it inspires similar endeavours.

“We hope to change mentalities around food waste, and try to educate people a bit more,” he said.

After the grain is dried, Thisse and co-founder Alexis Galand deliver it to the St-Vincent Bakery in Montreal’s east end.

The windows of the small bakery are steamed up from baking bread and behind the counter, fresh loaves line the shelves.

Here, the grain from the brewery is milled into flour, then mixed with other flours to make bread.

“The flavours that you get are so special, it’s unique,” said owner Francois-Pierre Blain. He said his customers love it.

“We try to do our part, to make a wave that can grow bigger in the future.”