The authors of a major report on financing the circular economy are calling on finance companies to increase collaboration with businesses and governments to scale the sector.

There are major opportunities for the finance industry to deliver on environmental, social and governance goals, while delivering profitable growth, it argues.

The volume of investor portfolios directed towards circular economy initiatives has grown by 22 times in the past two years.

Assets managed through these funds has increased to nearly $7 billion and on average funds performed five percentage points better than their category benchmarks over the first half of 2020.

The report, from the Ellen MacArthur Foundation, is urging businesses to recognise the potential to drive significant environmental change through circular economy initiatives.

In a foreword to the report, HRH The Prince of Wales said: “The circular economy helps tackle the root cause of many issues, including climate change, loss of biodiversity, and plastic pollution, by fundamentally rethinking business models and redesigning entire value chains of products and used materials, via important system changes.

“Now it is time to bring the circular economy to scale. Finance will play a crucial role in doing so – and, if done right, will result in new forms of value creation and real ecological, societal and economic benefits from accelerating this transition.” 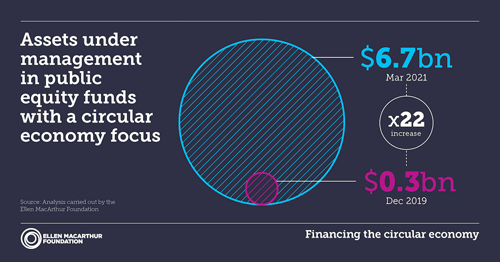 More than 30 CEOs and senior executives from leading asset managers and banks representing $18 trillion of assets under management have backed the report.

Ellen MacArthur Foundation chief executive officer Andrew Morlet (pictured) said: “We have seen huge growth in circular economy financing over the past three years, with major players capitalising on its value creation potential while meeting their climate change objectives. Investors, banks, and other financial services firms can play a vital role in rapidly scaling the circular economy by supporting businesses to make this shift, and in doing so seize new and better growth opportunities.”

The Ellen MacArthur Foundation is a UK-based charity that develops and promotes the idea of a circular economy to tackle some of the world’s biggest challenges, such as plastic pollution, climate change, and the loss of biodiversity. 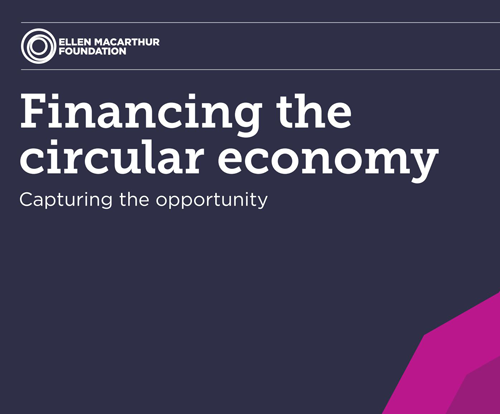 You can download the report here – Financing the Circular Economy.